Leading Your Team Through Tough Times 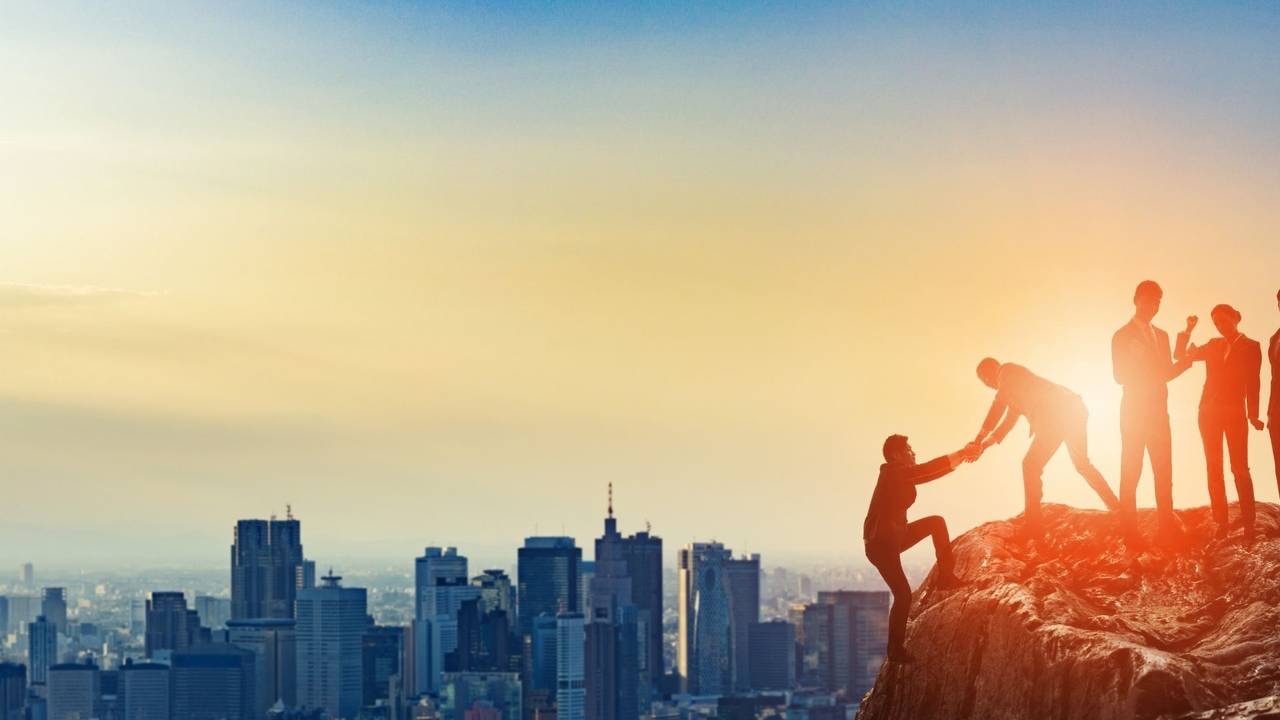 In this world filled with challenges and uncertainties-- the pandemic affecting one’s employment and health, the ongoing war affecting the world’s economy, the high inflation rate affecting the people’s welfare and wellbeing,  some people can’t help but lean on the pessimistic side of the spectrum.

According to the 2019 World Happiness Report, negative feelings are rising worldwide. The study shows a widening happiness gap, with some people from every country surveyed reporting feeling less happier than the years before. Although the most recent survey showed a  decline in these numbers, the results are higher than in the years before the pandemic.

A recent study by Train Smart Australia shows that since 2020, more Australians have been accessing recognised mental health services.

For the past two years, 3.4 million people (aged 16 to 85) sought the advice of a mental health professional. 13 per cent of those in this group discussed their mental health with a doctor, while 8 per cent visited a psychologist. Additionally, nearly 612,000 Australians used online mental health services (such as online therapy, support groups, and counselling) for their mental health.

In Australia, nearly 15% of people reported feeling lonely or isolated within the past four weeks, and almost 16% said they had experienced at least one or more financial stressors (e.g. bills piling up, unpaid expenses, gambling, etc.)

These studies show that not only is the world getting sadder, but you can see that people are getting more depressed because their happiness is based on their current circumstances. They cannot see the silver lining in every negative situation. And when people get depressed, their work gets affected. They become disengaged, and their output gets affected. When this happens, the whole organisation suffers. With that said, it is no wonder many organisations and businesses succumbed to the COVID-19 pandemic.

Although the pandemic's negative effects are less severe than in previous years, organisations cannot be lax. Yes, the pandemic may end, but this world is still not free of uncertainties and challenges. Therefore, as a leader, you need to build a resilient team. You must develop people who maintain an adaptive mindset and not over-or under-react. You need people who can go beyond the negatives in life, have an optimistic perspective and believe they can. To do this, you as a leader need to have the same mindset; you need to develop the competency of Realistic Optimism.

Optimism and Pessimism: Finding the balance within the spectrum

Optimism and the Optimistic Leader 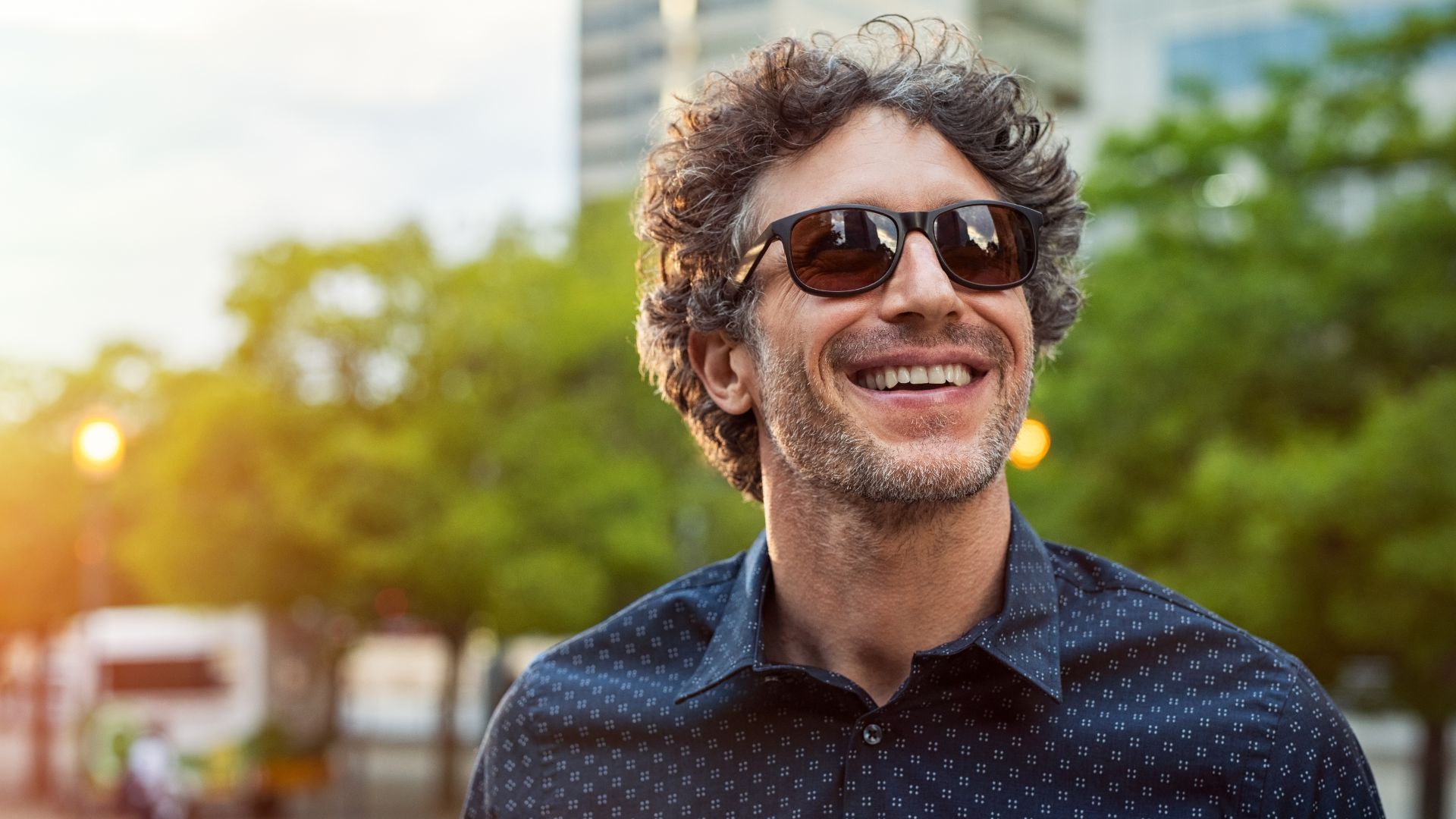 Optimism and Pessimism are concepts that are known to most people. Most people, though, prefer being optimistic rather than pessimistic. This is because Optimism somehow gives you good and happy feelings.

Optimists tend to see difficulties as learning opportunities or temporary setbacks. Even the worst day promises that "tomorrow will probably be better.” They believe that you always look on the bright side of things; you may feel that you have more positive events in your life than others, are less stressed, and have better health.

Optimism opens doors to opportunities and discovery, and it is often fueled by a strong sense of curiosity and faith in actions that aid in discovering answers. Yes, Optimism can be idealistic, especially if it is overemphasised.

Indeed, many motivational speakers and self-help books emphasise a single message: believe that success will come easily to you, and it will. The issue with this argument is that it is not always that simple.

Take, for instance, the life of Sonny.

Sonny is a senior manager at his organisation. He handles the team in charge of his organisation’s marketing. Similar to his name, Sonny always had this sunny countenance about him. He always smiles in the office, is a friend to everyone and takes everything easy because he thinks that as long as he manifests positivity, everything will turn out fine.

Sonny believes that by sending out positive thoughts, the universe will reward him by transforming all his dreams and aspirations into reality. Sonny also encourages his team to have the same thinking. However, as the years passed, there was no improvement in their organisation’s sales. It instead plummeted by 30%! This was because Sonny did not want to hear and deal with the negative stuff. He did not want to face the reality that they needed to think of how they could improve their marketing strategy and not just follow the latest marketing fads. Instead, he believed it would all work out in the long run if they remained optimistic.

Because of this,  Sonny’s subordinates started to lose respect for him. They began to think Sonny was a phony or had a loose screw. So, one by one, they became disengaged and resigned until Sonny’s organisation had to close down.

So, what makes this kind of positivity unrealistic and unhealthy?

Well, the answer is it takes you away from reality. Life is not a bed of roses. Life is unpredictable and full of challenges that you need to prepare for. It does not simply hand you over success; If you want to be successful, you need to work for it, not just dream or wish for it.

Pessimism and the Pessimistic Leader 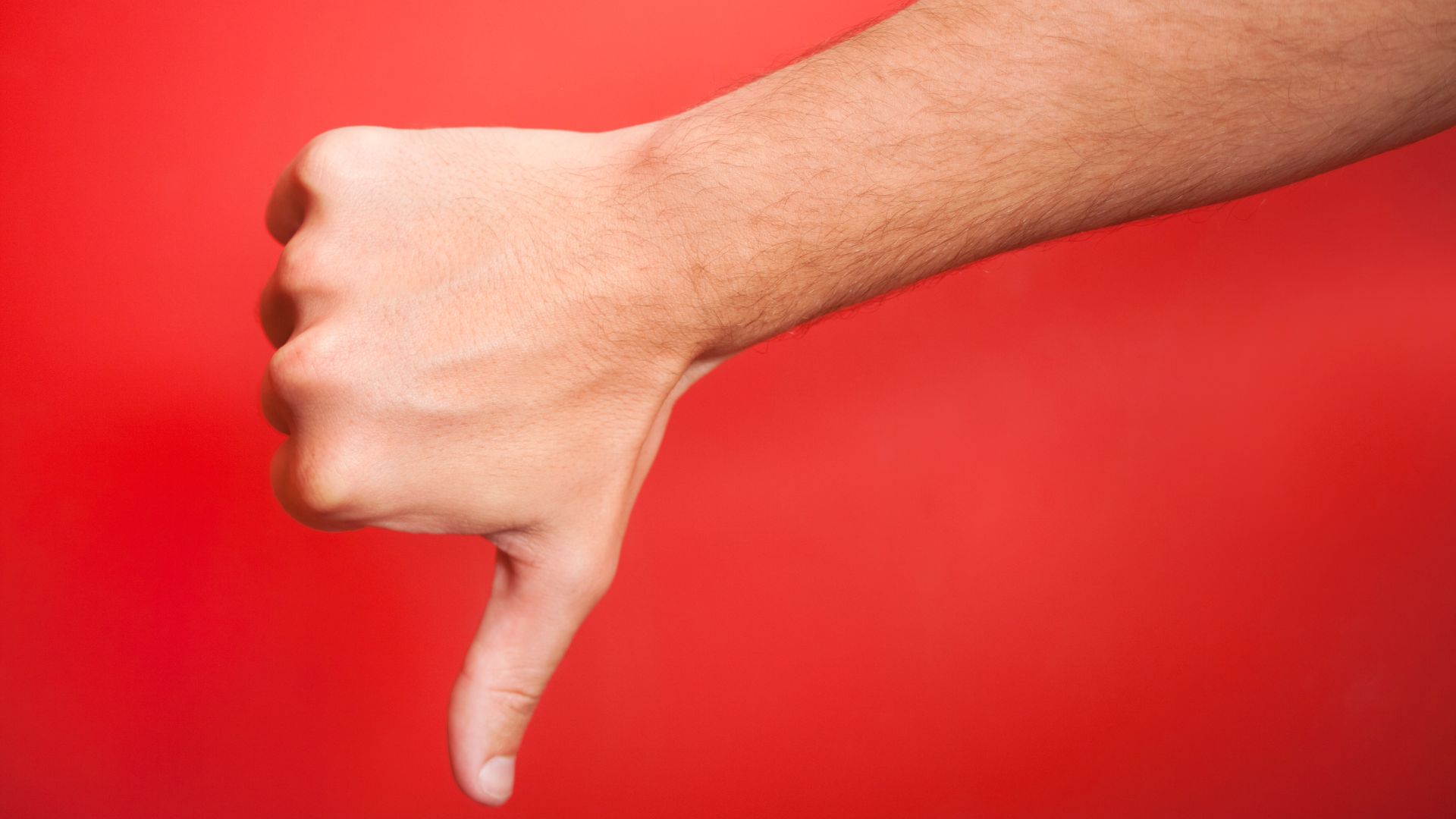 The American Psychological Association defines Pessimism as "the belief that things will go wrong and that people's wishes or goals are unlikely to be realised."

A pessimistic personality has a more negative—or, as some might say, realistic—approach to life than the optimistic one.

While pessimists typically blame themselves for any shortcomings in life, they rarely give credit to their accomplishments. A pessimist, for example, may reject any ideas proposed in a team and prefer to stick to the current ways of doing things, which may not always be the most effective.

A pessimist despises change without considering the long-term benefits that other new initiatives may have.

Of course, not everyone enjoys change. However, there is a distinction between those who want to push themselves outside their comfort zones in the hope of succeeding and those who refuse to move because things are already working well for them.

Sally, an owner of a small diner, is a perfect example of a pessimistic leader.

Sally is an excellent cook. Her exemplary cooking skills are what sustained the diner she has owned for ten years. Many people complimented her dishes. Her dishes were so good that many suggested that she expand her business internationally. However, Sally doesn’t like change. She hates taking risks. She believes that her cooking is not good enough to be introduced internationally and that it will just cause her business to fall.

Sally’s pessimistic attitude as a leader limited her scope and stunted her growth as a cook and a leader.

Both leaders were competent and had good intentions, but their narrow viewpoint constrained their success. The most effective leaders combine a positive outlook on the future with a firm grasp of reality. They both look ahead and back. These kinds of leaders score high in the Realistic Optimism competency.

What is Realistic Optimism? 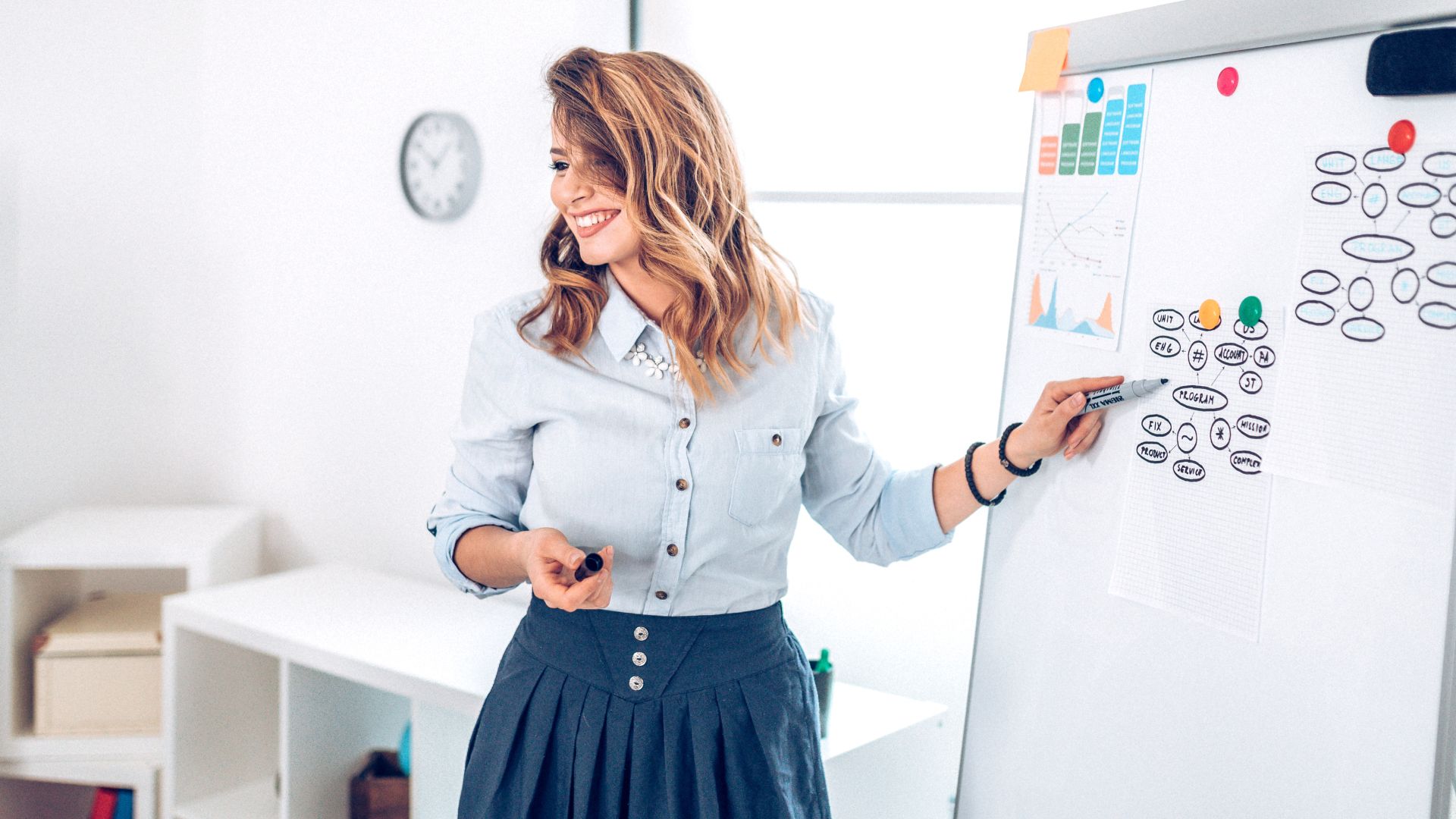 Realistic Optimism is the ability to expect success rather than failure, see an opportunity rather than a threat, and see others positively. It is also the ability to anticipate the future to bring positive change, that things will be better.

People with a healthy dose of Realistic Optimism in their outlook tend to believe in their abilities to bring about positive change. They rarely have enough self-doubt to motivate themselves to work and believe in a positive outcome. In light of this realisation, they are fully aware of the importance of meticulously planning their strategy, assessing their available resources, maintaining concentration throughout the journey, and thoughtfully considering all available options. Realistic optimists understand the importance of being reflective.

When people are well-organised and well-prepared, they can anticipate potential threats and plan to deal with them. Being in such a frame of mind boosts one's self-assurance, increasing one's hope for a positive outcome. Realistically optimistic people are better able to maintain composure under pressure. 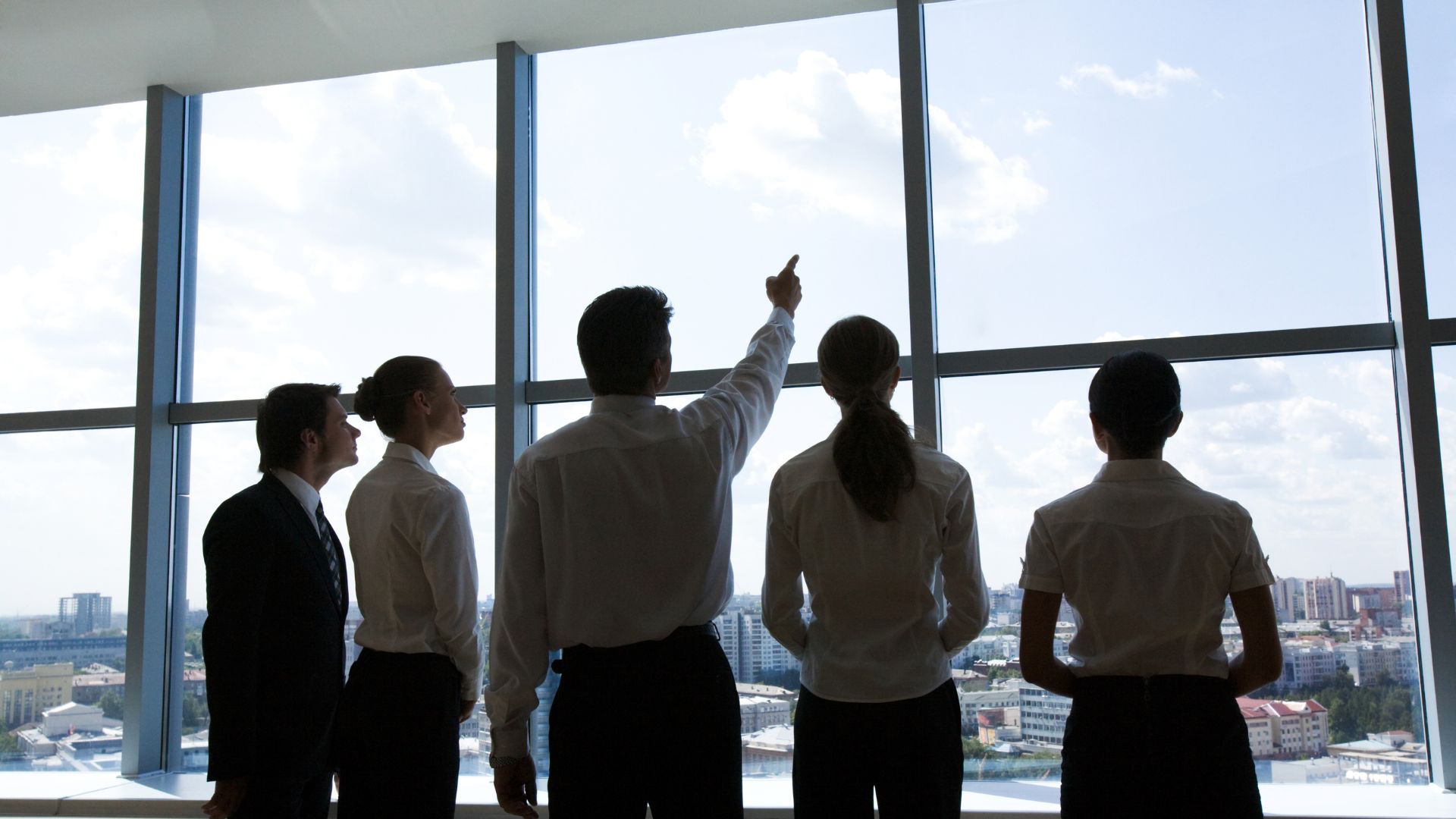 One of the most prized qualities in a great leader is a calm sense of Optimism based on reality. Leaders who promote Realistic Optimism do so without resorting to naivete or illogic.

These leaders aim for the stars, despite being well aware of the difficulties that lie ahead. This trait is vital because a team must know that their leader has got their backs.

Leaders are distinguished by their ability to set lofty objectives and motivate their teams to achieve them. Having the ability face reality while on the roller coaster ride is a valuable skill.

When leaders' goals and aspirations are realistic and achievable, it boosts morale and loyalty among employees. Having a healthy dose of Realistic Optimism is an admirable quality that helps teams achieve remarkable success without compromising on their ambitions. 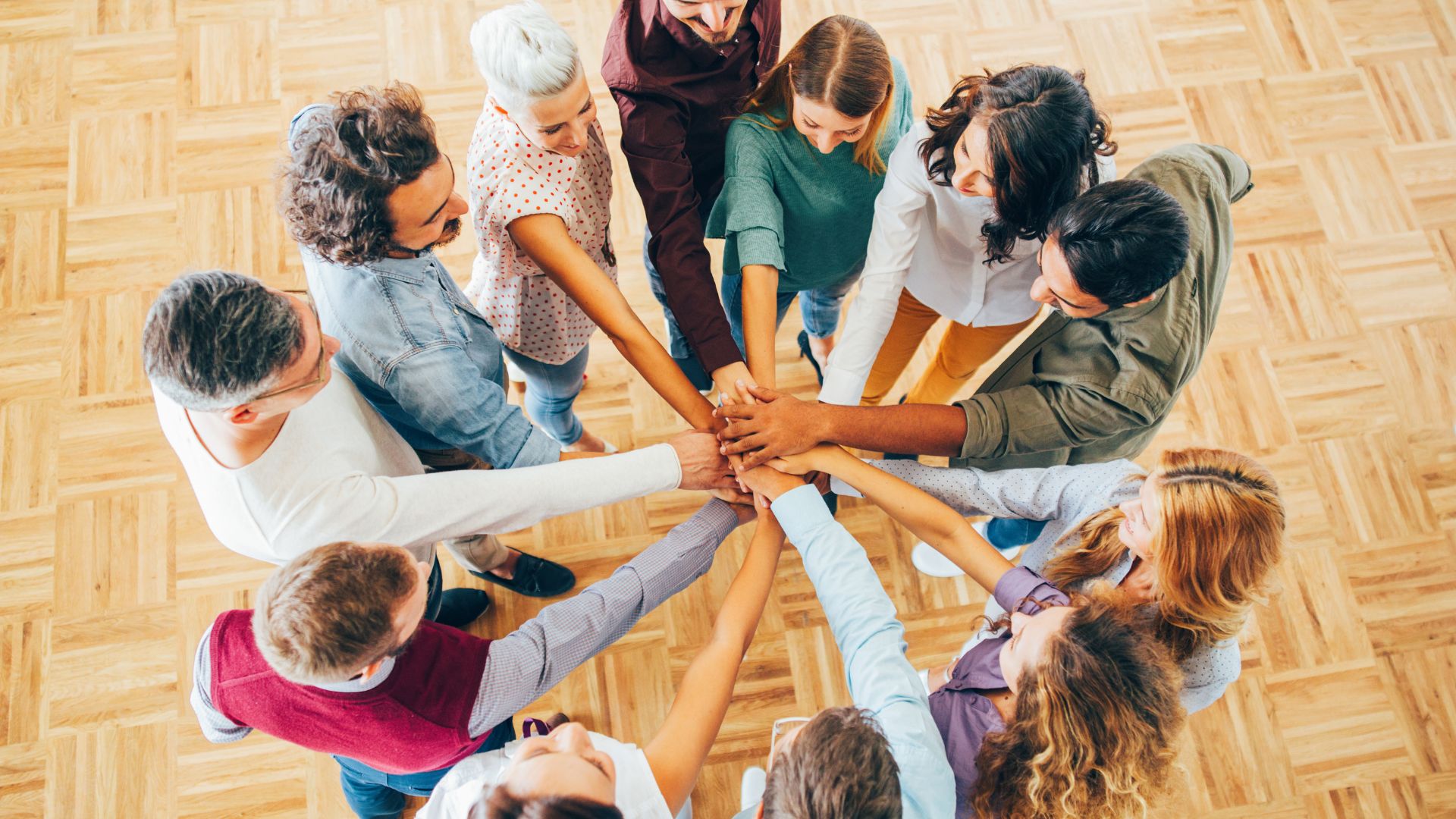 Leaders with high levels of Realistic Optimism are more successful than their contemporaries. The following are some suggestions for growth if you'd like to get better at this skill:

• Pay attention to your thoughts about the challenges you're facing.

• Evaluate the assumptions you're making about the difficulty.

• Refute the false beliefs; don't let them become ingrained or run in circles in your head (such as "this is ridiculous, I'm exaggerating").

• Use evidence or alternative explanations to counter negative thoughts ("There's no evidence here that I'm a failure; I just messed up this time.")

So, what are you waiting for? Develop your sense of Realistic Optimism by keeping a positive outlook while also being realistic about the difficulties you'll face. Instead of focusing on reaching your goal, picture yourself taking the necessary actionable steps to get there.

At People Builders, we have a team of expert trainers and coaches who can help you in building you and your team’s Realistic Optimism competency and Emotional Intelligence. Contact us today for a quick chat to see how we can partner with you to train and coach you and your team.