Personal Agility: A Must Have Leadership Competency 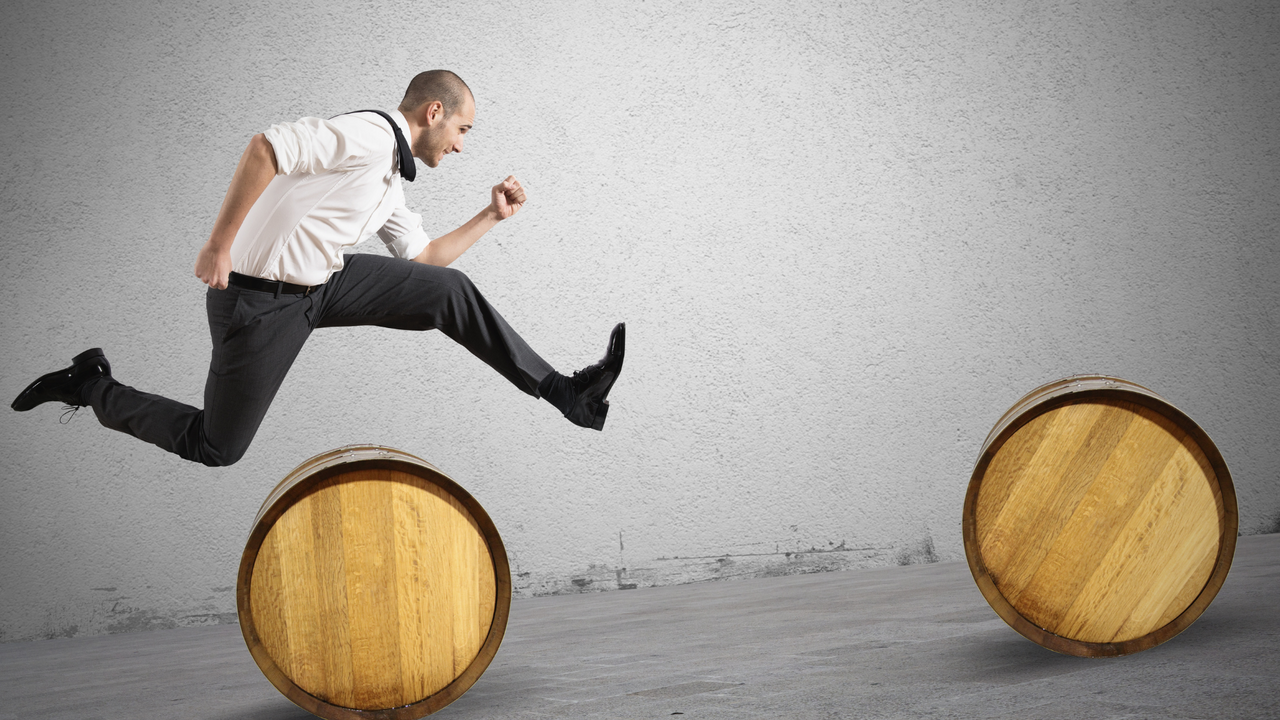 Does the name Kodak ring a bell to you?

I bet it does.

Kodak was the biggest name in videography and photography during the 20th century. In fact, it brought about a revolution in the film and photography industry. When only large corporations had access to cameras used for filming, Kodak made cameras available to every household by developing portable and affordable equipment.

Kodak enjoyed unparalleled global success for many years. By 1968, it controlled roughly 80% of the global photography market. 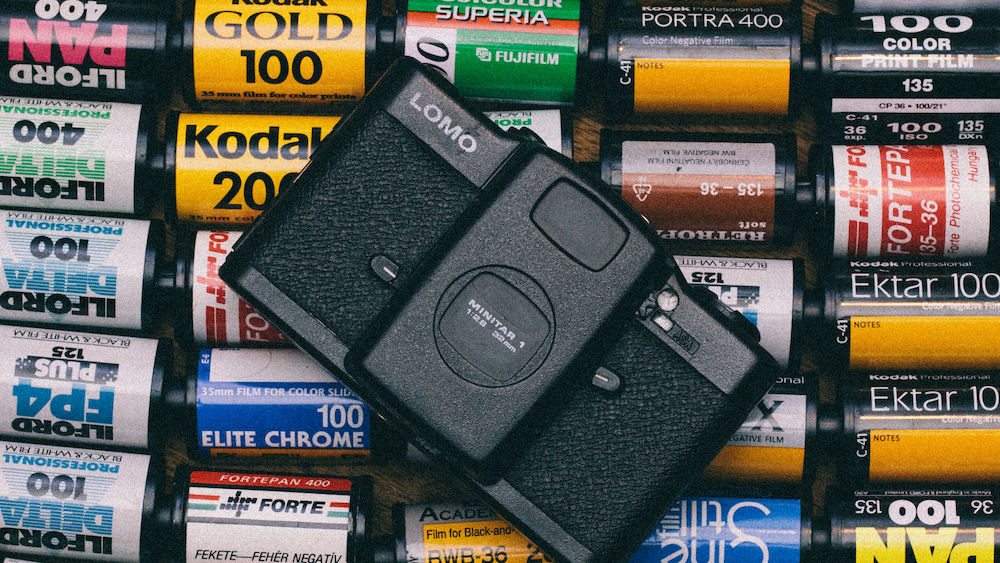 The photography giant used the razor blades strategy to sell cameras at low prices with a small profit margin and then sell consumables like camera films and other accessories at a high-profit margin.

Because of this strategy, Kodak became a money-making machine.

Fuji Films, a Japanese company, took Sasson's idea and developed it. Soon after, many other companies did the same. Despite this, Kodak ignored the invention and the movement.

When digital cameras started becoming popular, Kodak spent nearly a decade arguing with Fuji Films instead of adjusting its approach to meet changing demands. They argued that people preferred viewing a printed image rather than viewing an image from a digital camera.

Rather than engaging in a verbal spat with Kodak, Fuji Films, and other film companies focused on developing their products so they can gain a foothold in the world of photography and videography. Once again, Kodak squandered time promoting film cameras rather than imitating its competitors. It completely ignored the media’s and the market's feedback. Kodak spent ten years attempting to persuade people that film cameras were superior to digital cameras.

Little did the management know that their decision would later lead to their destruction.

What did Kodak do wrong? 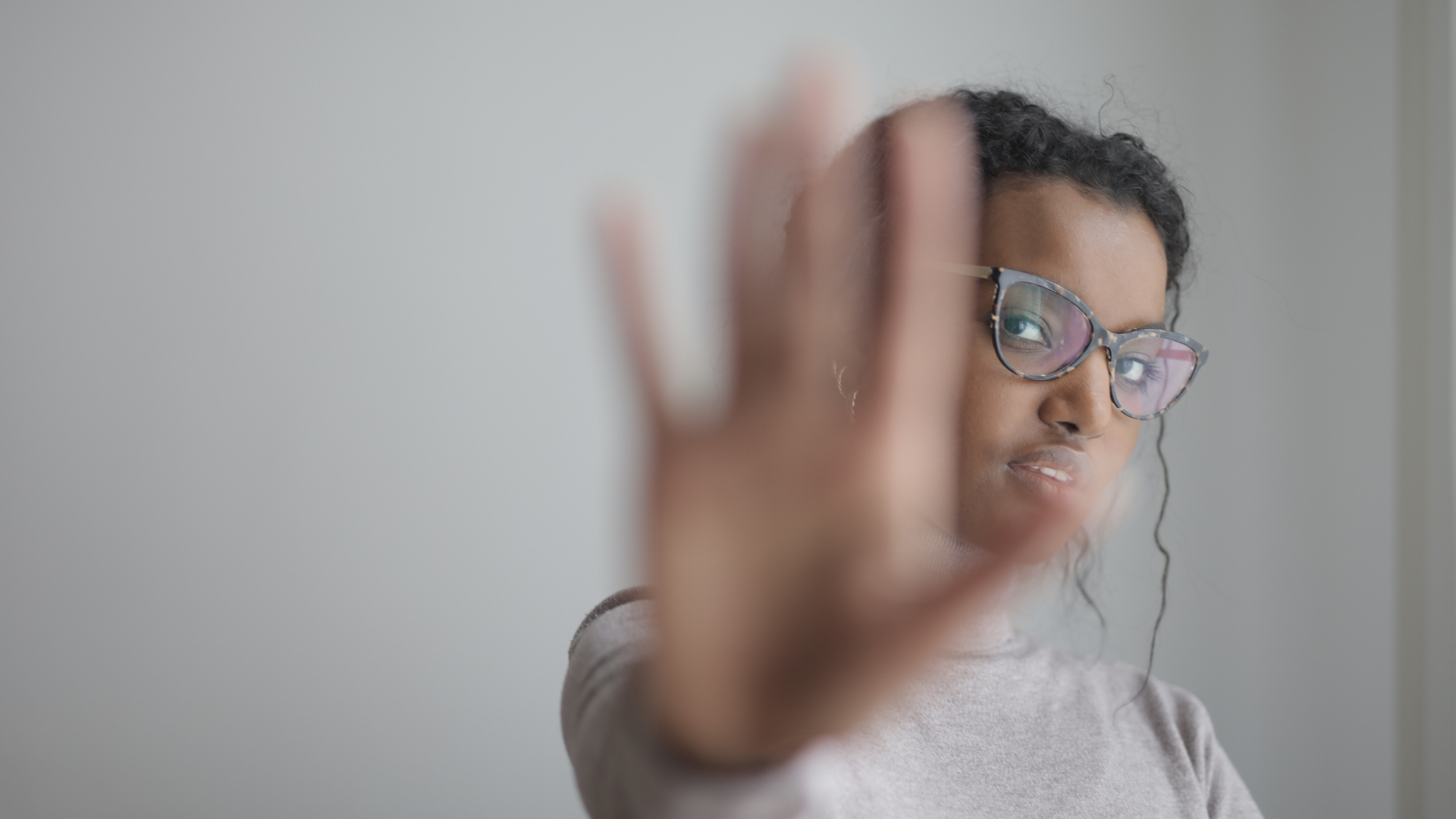 They lacked the perspective to adapt to changing realities.

They ignored and resisted change.

According to a magazine, Kodak fell behind because it ignored new technology. As a response to this, Kodak's marketing team attempted to persuade management that Kodak required a change in its core principles for success. However, Kodak's management remained resistant – they maintained its outdated notion of relying on film cameras, claiming that the magazine reporter who made the statement lacked the necessary knowledge.

The inability of Kodak management to see digital photography as a disruptive technology, even as its researchers pushed the technology's boundaries, would last for decades. Even as recently as 2007, a Kodak marketing video felt the need to proclaim that "Kodak is back" and that Kodak "wasn't going to play grab-ass with digital anymore."

They were unwilling to explore or be open to the new possibilities that change may bring.

Kodak could have had the chance to have the upper hand on digital photography if they had been open to new ideas like the one from Steven Sassoon.

Imagine having the inventor of the digicam working under their management.

It’s like having the goose that lays the golden eggs on your very own doorstep!

However, Kodak’s unwillingness to explore new possibilities made them "kill the goose," which made them lose their chance to adopt an anticipate-and-lead design that could have secured it a leading position in digital image processing.

All these mistakes Kodak committed were due to the management’s lack of Personal Agility.

So, what is Personal Agility? 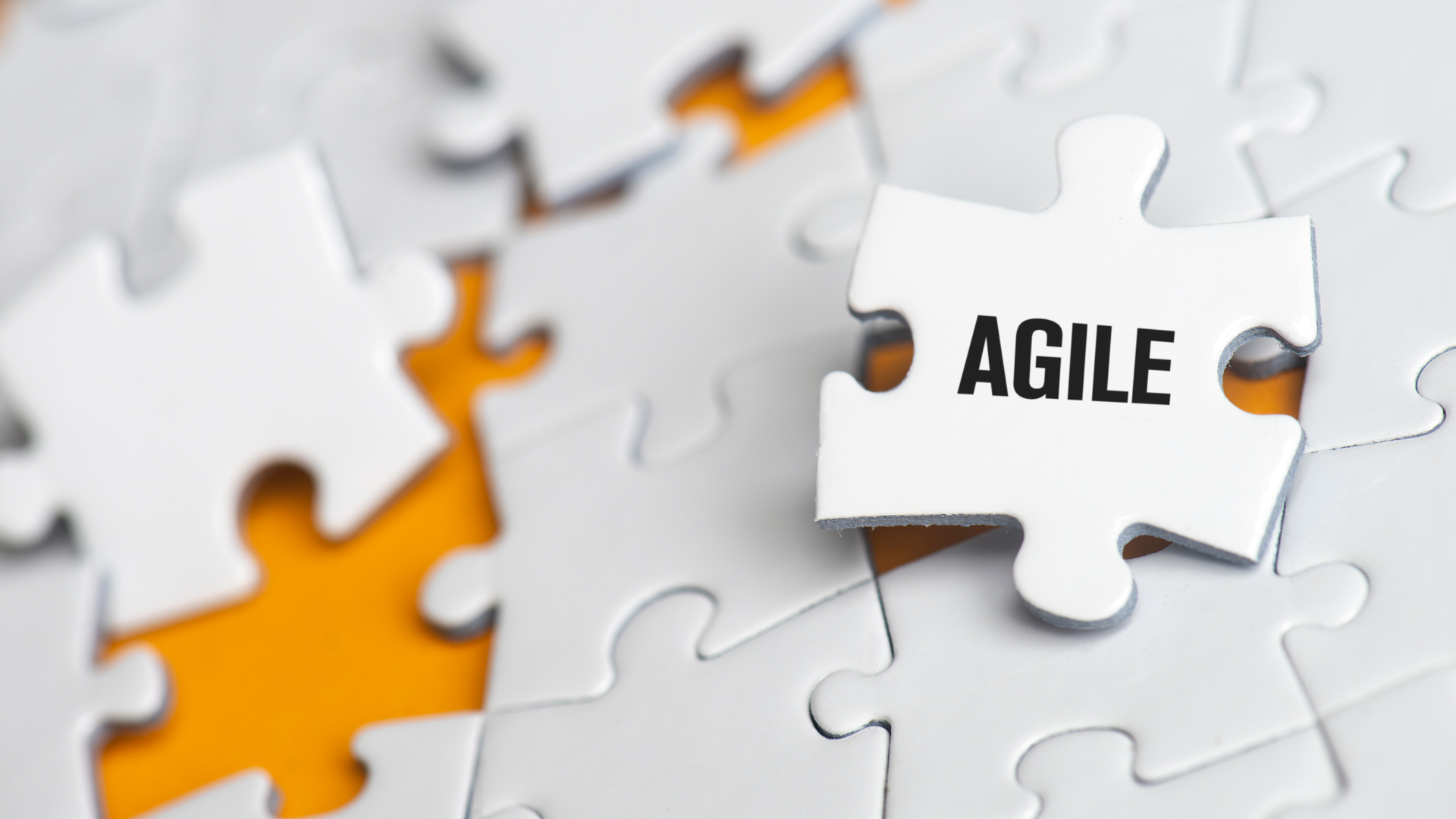 Personal Agility is the ability to anticipate and respond quickly to changing circumstances; Recognising that we live in a world of constant change, agility entails taking a proactive approach to change, anticipating challenges and opportunities, being willing to rethink previous assumptions, and readily, willingly, rapidly, and effectively adapting to change.

Personal Agility is a must have competency amongst leaders and managers as it helps them to:

Prepare for the need for change before it is imposed.

Be open to others' ideas and be able to rethink their assumptions.

Adapt and quickly respond to change.

Learn from their mistakes.

Adjust their approach to meet the demands of ever-changing situations.

Indeed, the fate of an organisation lies within the leader’s hands. Therefore, a leader or manager who lacks Personal Agility, can cause an organisation’s stagnation and eventual destruction. 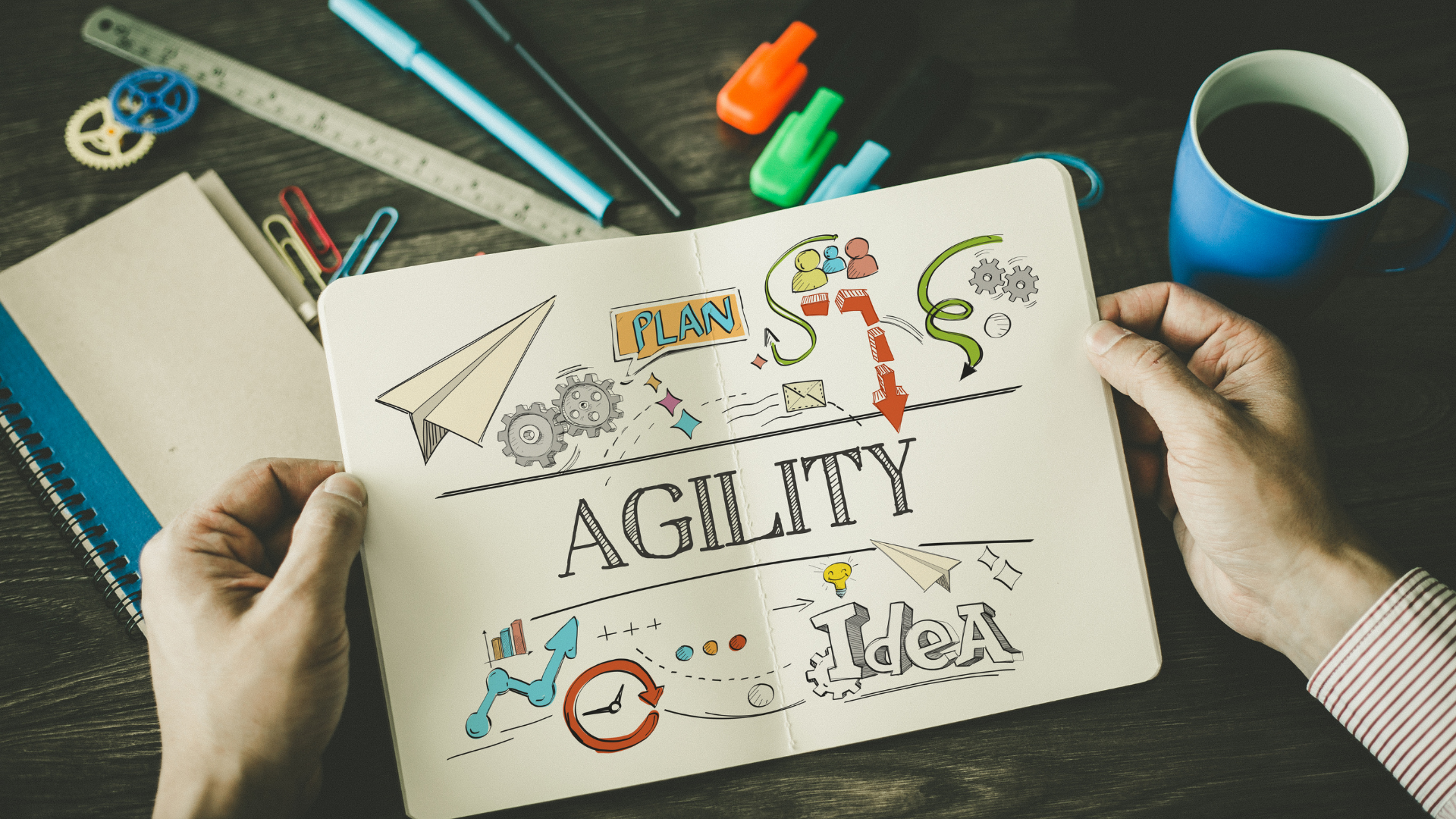 If you are a leader or a manager who feels the need to develop this competency, you can do so by doing the ABCDEs of Personal Agility:

Change is inevitable. Therefore, as a leader you need to recognise the normal human responses to change which are denial, resistance, exploration, and new beginnings. You also need commit to keeping an open mind toward change and its phases. Ask questions, look for information, keep a "big picture" view of world realities, anticipate changes before they happen, and brainstorm possible ways to deal with change.

One of the few constant things in this world is change, therefore, you need to have an open mind to try out new ideas.

You see, an open mind is a priceless asset. When you’re willing to try out new ideas and you’re curious about new possibilities, you're more likely to stay motivated in your job and keep your team or business one step ahead of the competition.

When you don’t innovate, you will eventually deterioriate. The successful implementation of new ideas is critical to an organisation’s ability to survive and thrive in our world’s very competitive marketplace. As a leader, you need to generate or listen to creative ideas. Then, use strategic planning to successfully implement those ideas. Doing so will help your organisation improve its processes, bring new and improved products and services to market, increase efficiency, and, most importantly, increase profitability.

Differentiate what you want to happen from what will or is happening.

You need to recognise what is fiction and what is fact. You need to properly examine if your vision and your goals are still relevant to the times and to what your organisation and clients’ needs.

You cannot navigate your organisation successfully in this ever-changing and complex world alone. You need a team. Not just any team, but a united and agile team. To have an agile team, you need to develop agile people.

You can do this by having them trained in Social and Emotional intelligence. You can also promote creativity and innovation by forming diverse teams and work groups. Encourage these groups to work together and produce. Doing so will help remove any barriers to organisational agility

One of the characteristics that define a great leader is the ability to successfully navigate their team/organisation through life’s waves of change. Therefore, Personal Agility is a must have leadership competency

Develop your Personal Agility and help your organisation navigate through change and overcome any calamity along the way!

At People Builders, we have a team of expert trainers and coaches who can help you in building you and your team’s Emotional Intelligence. Contact us today for a quick chat to see how we can partner with you to train and coach you and your team.